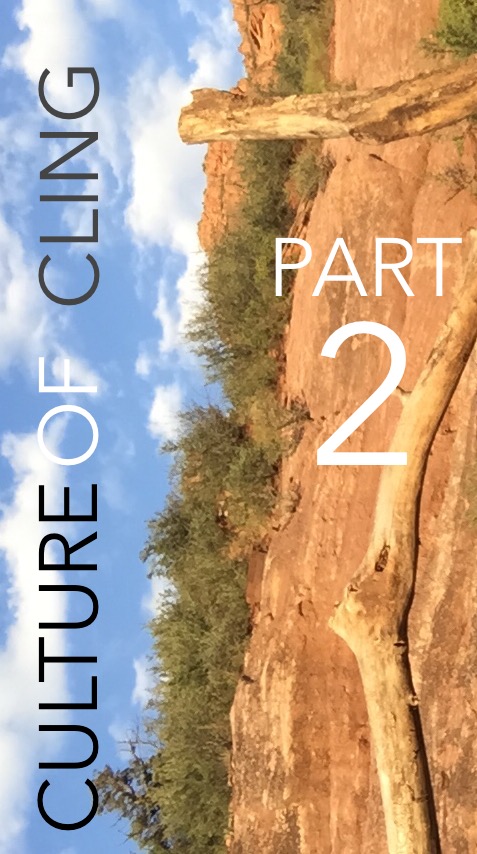 There’s a certain kind of irony I love. It’s not the sarcastic kind. Pointing out something ironic in yet another cynical observation is the social equivalent of asking someone how much money their parents make. But when a story, fictional or not, folds over onto itself in a way I failed to predict, I’m overjoyed. Unless, of course, that story is my own.

Early on in college, I was waxing poetic when I texted my on-again, off-again girlfriend these words: The journey ahead of us is only as tough as the grip we have on doing things our own way. She loved it. She wrote it on a poster and put it up in her room. I was so proud of myself…

Until I had to show up to prove what I’d told her. I failed in every miserable way, reminding myself over again of the irony in what I’d felt so proud of thinking up. That’s the irony you don’t laugh at until years later when you write about it.

It’s been a long time since then. But the truth of what I wrote that night (whether I believed it at the time or not) still stands. The only amendment I’ll make leaves the statement looking like this: The journey ahead of us is only as tough as the grip we have on anything temporary.

I wish I’d had a comprehensive list of what is and isn’t temporary. On it would probably be written: 1. College girlfriend (temporary) 2. Incredibly fun memories (temporary) 3. Difficult, dark seasons (temporary — thank God).

If I had such a list, I’d write something at either the top or bottom about the importance of enjoying/encountering these things without clinging to them. I’d treasure the list…I’d tell everyone I loved about it…

It could just be how I operate, but my observation of the people and world around me gives me the courage to venture into a possibly naive generalizing statement—We are all looking for something to cling to. Even, no, especially, when it comes to the Christian faith.

We’re not the first generation to do this, either. As much as I’d enjoy blaming social media and whatever makes me sound different and mysterious to you, we both know this has been around for a long time. It’s only human.

Moses is leading the people out of Egypt and through the desert when God instructs him to strike a rock with his staff so water will pour out. He does it. It works. It’s great. People are happy (for now). Moses is happy. God said something and it worked.

And then Moses moves on. He graduates high school and starts going to college. He’s broken up with. She moves in with new roommates. Her life changes. He doesn’t think the same way anymore. She considers herself a Christian but no longer evangelical. He gets a job doing what he wasn’t necessarily hoping for but he dreams of what he’ll do someday. She meets someone new and moves to a different city.

And the next time Moses needs to provide water, God tells him to speak to the rock instead of striking it with his staff.

We cling. It works in categories of your life both monumental and momentous. Why do most kids go to the schools their parents went to? Why do you regurgitate the joke you heard work for that comedian when you get nervous and don’t know what to say to people you really want to impress? Because it’s what worked before.

Look around. Is the massive exodus outside of church and Christianity and the way you thought the world worked when you were a good kid, diligently reading your Bible not proof that these next 20-something years won’t happen the same way the first set did?

If you’re going to do the next couple decades right, I’d caution you about clinging to the Staff that made things work for you before. Be wary of honoring tradition over what God is telling you now through the music, friendships, pain and desires you encounter every day.

Moses was angry when he struck the rock and it kept him from joining the people in the promised land. Ours is an angry generation as well, enraged by the unfortunate discovery that much of what built our worldview as young people was propped up on rules and ideas that were much better suited to our leaders’ needs than our own.

But if we cling to what’s worked for us so far, the same methods of thinking/communicating/making decisions/compartmentalizing people/validating ourselves, we’ll ultimately end up betraying the next generation more thoroughly than we felt betrayed. Isn’t that what they did that hurt us so badly—cling to what worked for them in the 70’s, 80’s, and 90’s while demanding that you do the same?

I think people like you can actually arrive at that place you keep pretending you’re already at, enlightened, decided on everything already, certain about. But if that is to happen, if you’re going to get to the promised land, you should probably remember that the journey ahead of you is only as hard as the grip you have on what worked for you before.