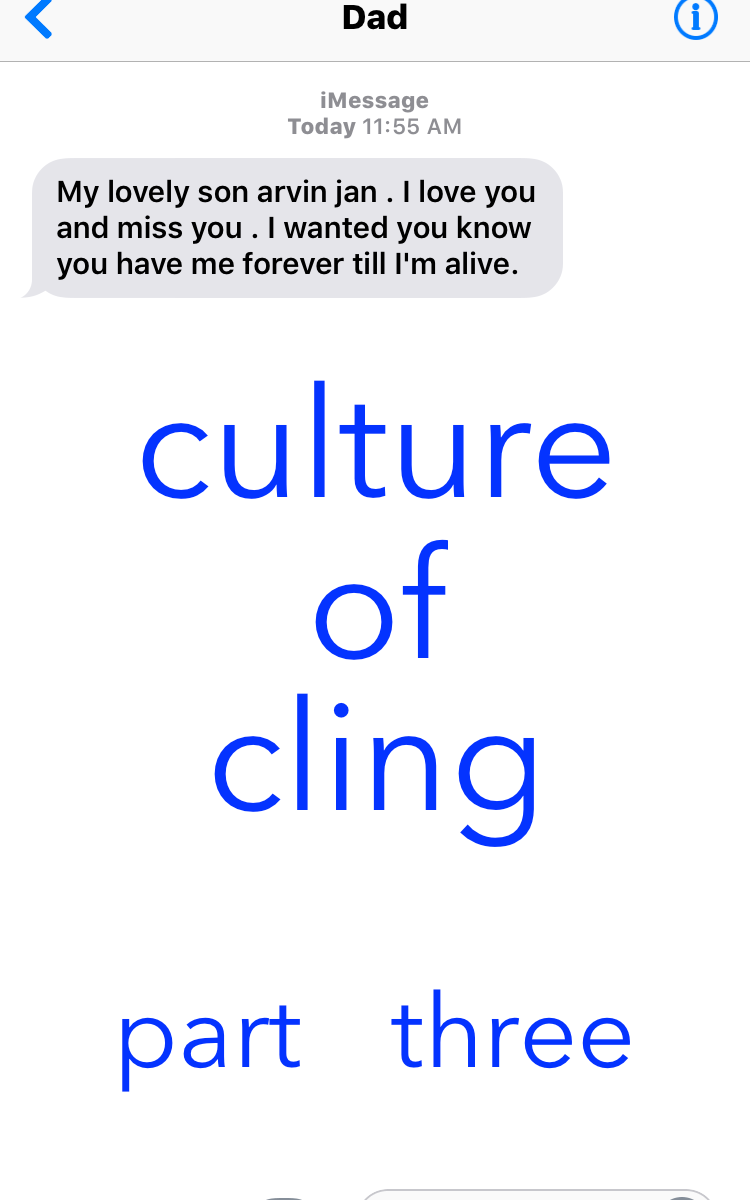 When I keep my eyes open long enough, I catch a glimpse of Anxiety as he darts around the corner. I don’t call out to him, but follow him back to his house.

I see him walk up several stairs and close the door behind him. I look around his neighborhood, here’s his address:

Anxiety lies at the corner of these two streets:

If it’s manageable enough to be possible for me to do, I’m bored. And when it’s too beautiful for me to create, I’m shamefully furious over my helplessness.

There’s more than one reason for this. One is that like any fortunate young man, I want to be just like my Dad. Not just for his character, but for his story.

The man survives the heartless murder of his colleagues before enduring his own portion of interrogation/intimidation with death threats. “You’ll never see your wife and kids again” prison guards would tell him. Those cliches belong in predictable blockbusters, not memories of your 30’s.

Couple that with an intense escape from the only nation you’ve ever lived in and decades of success on television and in thousands of sermons around the world before adding a healthy dose of whimsy.

I’m serious! You think I haven’t asked him what jail was like? Instead, this 5’8” fugitive can’t wait to tell me what his cats did earlier that day or how he removed every damn leaf from the backyard with the same pride I saw in Kevin Durant’s face when he lifted his first Finals trophy.

How do you beat that with a childhood in Tulsarusalem’s Culture of Cling around a bunch of other people who can’t wait to tell you how long it’s been since they’ve sinned?

Even if you weren’t raised by the Persian Larry David, you know this Anxiety I’m talking about—a God-given yearning for an incredible life sitting right next to shame you feel for not having it yet.

You’re quite the combo—ambitious and Godly. Your success isn’t just something you want, but something the world needs. You want to be a successful musician. Writer. Businesswoman. You dress like Kanye West because it reminds you childhood bullies might someday wait in line to give you their money. Whatever it is, you want it (as you should).

But this Anxiety over it all is not random. You know he lives at the corner of What You Were Made For and What You Can’t Provide For Yourself. But if you get close enough, you’ll see the name of the building he lives in: CLING.

In 1 Samuel, the Israelites are fed up with being led by God. They want someone else to be in charge. They see the nations around them and begin asking for a King.

You’ve done this, too. If you’ve felt anxious over the next or last several decades of your life, you’ve been invited to CLING. The most dangerous yet unsuspecting way CLING will keep you from your destiny is by luring you into an overemphasized infatuation with your destiny.

Eventually, God gives them what they want: A King. He warns them about the consequences, but relents as he instructs Samuel, “They’re not rejecting you. They’re rejecting me.”

I’ve been pining for this my whole life—in preaching, in filmmaking, in rap music, in writing, in relationships, in acting, in grabbing coffee with someone who needs help, and dozens of other areas.

The Promised Land was a good place, God’s idea. And yet, the yelling and moaning over “WHEN?!” turned into a journey that ended up being a dead end for those who died in the desert.

I want a good story more than I want a good Storyteller. This has been ruining me. Delaying me. I wonder how CLING has been harming you.

Before I sat down to write this, my seasoned yet whimsical father texts me in his still-improving yet adorable english: “My lovely son Arvin jan [“jan” is like saying “Dear”] . I love you and miss you . I wanted you know you have me forever till I’m alive.”

When I start to wonder about how this guy isn’t clinging to his crazy life story, I realize what he’s really about.

The Storyteller showed up. Since then, he’s been less interested in his own story and more interested in the stories of his wife, kids, and dear friends near and far.

Paradoxically, as is almost always the case, this lack of CLING has led to him having a life story I can’t help but be jealous of every day.

I CLING to every ambition I have. I beg God to replace Himself with His Plan for My Life™.

I hope I cut this out. I hope you do too. Because I bet my Promised Land has a lot to do with yours and vice versa. And I hope once we get there, we learn from our elders well enough to never cling to our memories or dreams, letting both flow fluidly as they’re mostly none of our business. I hope we set our aim on telling those who desperately need our help, “You have me forever till I’m alive.”

Older
Culture of Cling PART 2
Newer
angry at the times