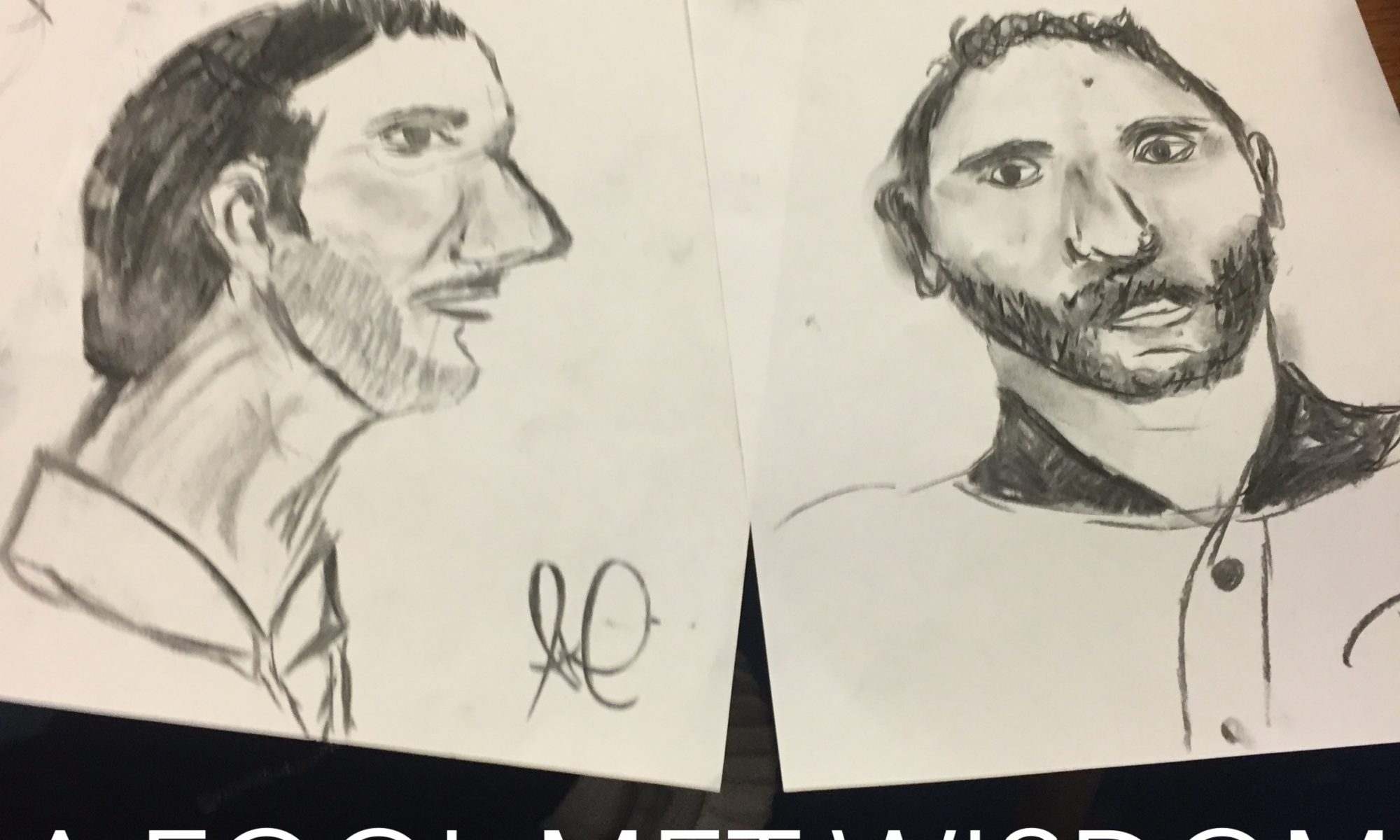 “I’m sorry. I’ll pray for you.” Except, sarcastically.

I’d heard a comedian say this to someone else after she told him a normal fact about her life. 11-year-old arvin found it funny.

The setting makes it worse. At a birthday party, meeting birthday girl’s grandparents. Watching a football game featuring the alma mater from which they’d graduated 60 years prior. Let’s pick it up here.

Old Man: “The University of [BLAH] against [Eh-Hem] State”

Arvin: “Cool! [some joke about soccer being real football].”

That’s when I said it. That’s when I looked an octogenarian in the face and said, “I’m sorry. I’ll pray for you.” Get it? Like, “The school you went to sucks! Haha!”

The Old Man turned his head  and kept watching the game.

Add ignorance to immaturity and you’ll witness Foolishness talking back to Wisdom.

He was a Veteran, Husband, Father, and Grandfather. He’d lived through the sixties. He married a girl and had a family and worked a job and went to church and thought thoughts and stayed married and so much else for over 7X the amount I’d been alive. He watched some of his friends die in a World War. He watched other friends survive that World War, come home, grow old, and die then.

And this 11-year-old decided he wanted to hear himself regurgitate what he’d heard a comedian say.

I wish could find him, buy myself a [Eh-Hem] State t-shirt, watch a game, and ask him dozens of questions. Instead, Foolishness decided to have an irreverent, unmerited scoff.

What matters is you realizing if this interaction takes place within you as often as it does in me.

Except, playing the role of Old Man: God’s Holy Spirit.

And ALL your Fears, Insecurities and Self-Deprecations are cast as 11-year-old me.

I hope you cringe as soon as you get it. It’s cringe-worthy. Add ignorance to immaturity and you’ll witness Foolishness talking back to Wisdom.

“Clear the way through the wilderness for the Lord.

Make a straight highway through the wasteland for our God.

Fill in the valleys, level the mountains and hills. Straighten the curves, and smooth out the rough places. Then the glory of the Lord will be revealed and all the people will see it together.”

This way you’re to clear, who is it for?

The highway you’re to straighten—for who?

God is trying to get to us…to reveal his glory in us.

What sort of way have we made for him?

In fact, here are some more questions—

What sort of terrain does God encounter when he pursues you?

And when you prayed that God would “have his way,” did you know he’d take you at your word, almost literally?

Did you think he’d fill your valleys (or wherever you go to hide) with rocks he repurposed from the wreckage of the pedestals you erected?

And when timeless Wisdom shows up, what version of yourself do you commission to respond to Him?

I’ll conclude with a couple questions for myself—feel free to eavesdrop.

How many of my responses to God’s dreams and plans and beliefs for my life are as disrespectful, faithless and foolish as that little kid at that birthday party?

How often are my prayers, albeit blanketed in Christly verbiage, simply pleas for God to bend the story He’s telling to accommodate my refusal to trust his wisdom, or believe that my fears are wrong?

I’m asking a lot of questions—something I wish the 11-year-old me would’ve done.