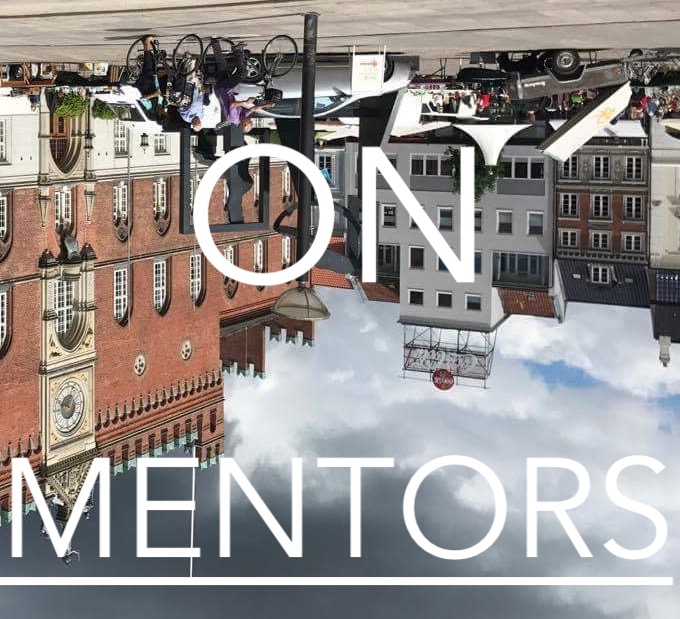 The Danish author’s ideas on theistic existentialism were far ahead of his time. There’s even a Søren Kierkegaard Research Centre at the University of Copenhagen.

You probably haven’t heard of Poul Martin Møller. Møller was a professor who played a pretty big role in Søren’s life.

When writing about Møller, Søren lamented the world would only know Møller through the works he’d written instead of what Kierkegaard considered the most imperative facet of his mentor’s life: his character.

Speaking of mentors, I still remember the way I came to know mine.

Being a multicultural pastor’s kid armed me with the tools to be likable and impressive. But for some reason, one teacher of mine saw through it.

In one class, we were setting up a discussion on what guys/girls look for in each other. I’m so embarrassed to tell you what I wrote that I’ll have to recount it in third person:

When asked to tell his high school Bible classmates what he valued in a possible spouse, the Persian boy, desperate to be liked, handed his teacher, who read aloud the piece of paper on which the boy had written, “Authenticity! Makeup cannot imitate what God in all his wisdom created to be the physical appearance of a woman.”

You could see the cringe on his face before calling me out.

It was Møller’s ability to see through similar attempts at pandering and flattery, this time at the hands of self-absorbed Hegelian philosophers, that made Søren wish people would get to know the man’s character instead of what was written by and about him.

Søren wanted everyone to know his mentor’s ability to not only distinguish between what actually mattered and what didn’t, but also his gift at seeing the humor in what pretended to matter.

Møller transcended the spirit of his age in a way that made an irretrievable impact on one of the most notable philosophers of all time. You and I can read what was posthumously published from Møller, but according to Søren, we’ll never really get it. We’ll never realize the breadth and depth of Møller’s character, even if we’re simultaneously indebted to it.

“Why don’t you like me?” I asked that same teacher after he’d scoffed at my obvious attempt to get every girl to like me for being “deep.”

“Because, Arvin, you so badly want me to.”

And there it was. He called me out with such precision that I felt like the wind had been kicked out of me. I’d finally met a man I wasn’t able to fool with my prodigious semantics.

I asked him to be my mentor soon thereafter. Since then, we’ve spent years rebuilding the fragile Arvinian psyche from the ruins of utilitarian insecurity to the impressive-only-by-accident, grateful-to-be-me young man writing this. I can talk about Josh Nordean here because, in yet another way to show me what matters and what doesn’t, he definitely doesn’t read my blog.

The point I’ll leave you with is that you need someone who calls you out.

If it weren’t for the mentoring of the Holy Spirit, we’d only know Jesus the way we know (or don’t know) Poul Martin Møller. The breath, coffee, laughter, and experience of character shared between Kierkegaard and Møller—without which we’d never have heard of either of them—is gone forever.

But the obvious chasm between those who know a whole lot about God and those who seem to truly know God is as long, wide, deep, and high as the Holy Spirit himself. We can encounter the character and essence of Jesus himself through a Holy Spirit who, by definition, transcends whatever trends and tragedies serve as the spirit of our age.

We have a Holy Spirit who can re-enact and recreate for and within us the character of Jesus we’ll need if we’re to ever get this laughably severe life right, one willing to introduce us to mentors in settings that are both comical and desperate;

who—knowing the little young Persian boy fluent in Christianese who has fooled everyone in his life into thinking he’s a good kid about whom they shouldn’t worry is  inching rapidly toward his own mental breakdown and possible suicide—will introduce a Josh Nordean or Poul Martin Møller at just the right time.

If you haven’t met the mentor who’ll change your life yet, I’m not worried for you. Because if you don’t have a mentor, chances are you’re still unknowingly spewing your own version of flattery or false humility. And if that’s the case, sooner or later, someone who isn’t falling for it will call you out—and you’ll be grateful.