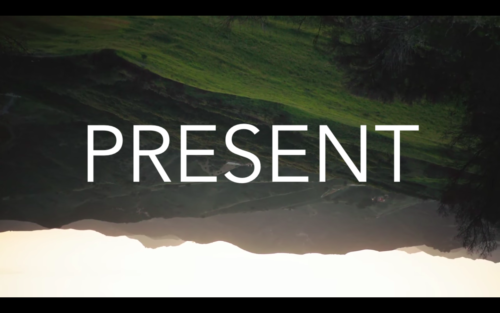 I’ve spent two decades asking God for his presence. You hear it invoked at the beginning of church services, sermons, etc. It’s become a refrain: “God, we ask for your presence.”

It sounds like Christianese rhetoric. The cynic in you mocks the whole thing. But sincere hearts can’t afford to care. When you encounter transcendent moments resulting in what one theologian simplified as “ontological lightness,” you’re too alive to mind the jokes.

I have one thought to submit to you, one subtle change.

Asking God for his presence, for him to be with you as you live makes a lot of sense, but where is this in scripture?

I’ve been observing this long enough to notice something is slightly off, there are a couple notes being played by mistake and one note we’re not hitting.

My goal isn’t to change the way you talk about God’s presence. The real chasm I’m asking you to cross has to do with how you think about yourself in relation to God’s presence.

Look at what David said:

“The one thing I ask of the Lord—the thing I seek most—is to live in the house of the Lord all the days of my life.” Ps. 27

“Those who are transplanted into the house of the Lord will declare, ‘there’s nothing but goodness in him.’“ Psalm 92:13,15

David’s deepest desire is to be in God’s house. But where is that?

David wants to dwell in the church all the days of his life? If that’s his goal, the guy failed. I often hear people use these scriptures to signify the importance of loyal church attendance. I’m not anti-church attendance, but I don’t think that’s what this is about.

Many underline the importance of focusing on heaven with these scriptures as backup. With an undercurrent that suggests, “Your life on earth should suck, but then heaven will be great.” But, what about “all the days of my life”? This isn’t about heaven.

If all that weren’t confusing enough, Paul shows up with this:

Paul says we are God’s house.

The note we’ve been missing is what you hear when you combine these ideas. Add “Pursue God’s house” to “You are God’s house.” Pursue…yourself?

The one thing I ask of the Lord is to live in myself all the days of my life? I will live in myself forever? Those who are transplanted into themselves are the ones who’ll declare, “there’s nothing but goodness in him.”?

The note we’ve been missing is this: God’s already as present as he needs to be. The one whose presence you need…is yours.

How many times have you checked your phone without it even ringing today?

How often do you spend an hour on something without being distracted?

When was the last time you’re body and mind were in the same place at the same time?

It seems the “Put Down Your Phone—Be Present” movement we’ve attributed to millennial thought has already been trademarked by scripture. Perhaps we shouldn’t be asking God for his presence so much as we need God’s help being present ourselves?

The shift is subtle in verbiage, but it’ll turn your thinking all the way around. You’re not a self-sufficient entity inviting God’s presence into your life, that would suggest some semblance of stability apart from God’s presence.

God’s presence is what’s been holding your molecules together this whole time. Those moments where you feel “ontological lightness,” or whatever phrase you’ve used to describe “the presence of God” isn’t actually when you feel God’s presence. It’s when you’ve abandoned whatever worry or lust or text or distraction you had your mind on and became as present yourself as you’ve asked God to be.

I’ve been mistaken: I’ve spent two decades asking God for his presence when God’s actually been asking me for mine. I’ve been asking him to be here, when the one who really needs to get here is me.

Older
abandon, pt. 2
Newer
Turned Down to Turn Out