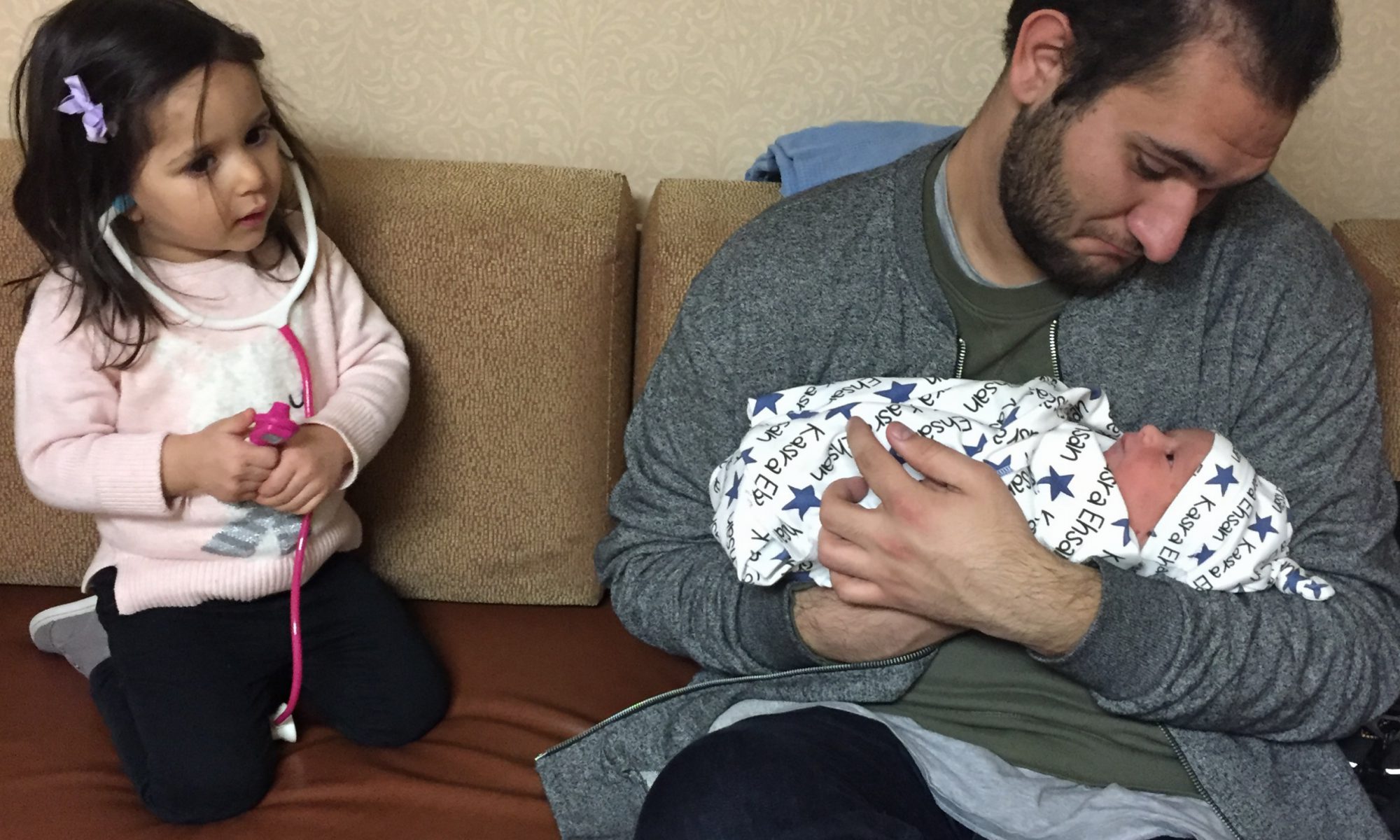 And then, all of a sudden…

and then, out of nowhere.

I refuse the premise.

Nothing is all of a sudden. Nothing happens “just like that.” And nothing comes out of nowhere.

That woman has been carrying that baby for a long time. And even before that, the baby existed in her mind. She knows him or her before him or her even becomes. I feel like even I knew my sister’s daughter before she was even pregnant. I see my niece and I’m reminded of my sister who was in grade school, eager to come home from school and negotiate with her dolls and toys the business idea she’d had that would one day take over the world. Then I watched her conquer the corporate world and elect to take on an even tougher challenge—motherhood.

This. This is the privilege of knowing God intimately— it is the blessing that often feels like a curse– Knowing what’s to come long before anyone else even needs it. It is this motivation and urge that, poorly stewarded, will drive others to consider you crazy and lame and selfish and bogus. And you may be all those things, but they don’t make you wrong.

Gold next to horse poop in a barn doesn’t make the gold less valuable, it just means fewer people are willing to be around it and take it seriously—and God forgive you if you walk around asking them to wear your gold before it’s even begun being refined in the fire.

And what’s the difference? fire. The horse mess that is your bad attitude and selfishness and godliness nullified in that it’s mixed with the American dream will burn and smell even worse before it goes away forever.

Sure, you’re called and you’re eager to see your destiny take place. It very well might. But if and when it does, it won’t be “all of a sudden.” It’ll take time.

Until you stop asking how long because you don’t care how long, you may not even care if it ever happens by the time you’ll find yourself being asked to step into the role you grew up dreaming of diving into headfirst. But you’re not putting on your running shoes anymore, you sold those a long time ago to buy a little bit more hope to survive. You will not dive headfirst into God’s destiny, you will crawl and tremble.

And here’s the thing, you won’t even feel embarrassed or upset. You’ll be ever-aware of how close you came every day to giving up and settling. You’ll have several memories of “false-settling,” times when you accepted that your dream was done and you were done and no one would ever hear you sing or preach or look at your art or become your client or pay to taste your cooking.

You’ll crawl because you’ll be grateful your hands and knees still work.

You finally accepted that your schemes and manipulation don’t work anymore. You sold those for hope too.

And you don’t earn hope, you ask God for it. And he only trades for your cynicism and eagerness to point out everything you disagree with in every conversation. And “just like that,” “all of a sudden,” you find yourself willing to stay quiet while your friend is talking and you actually listen. You look for why they’re saying what they’re saying rather than looking for the pause in their statement when you regurgitate the anecdote that was explained in some poorly-researched news story you only read the first paragraph of.

You give up on yourself, only to discover the version of yourself you gave up was never you. And certain friends reveal themselves to have been free-weights you were made to lift up and down only until you were ready to move to a higher weight class. You do not hate or resent them, but you’ll be wasting your time if you try to lift them up again.

And it never would have worked for you to know all this up front. Had they told you when you were 14, “Listen here you self-righteous bully, the next 10 years look like this. That’s the price of the life you’re telling me you want to live.” You would’ve been paralyzed. Not because of fear, but because your existence can’t compute “looking back” on the present moment you’re currently attempting to interpret. Stop that. You won’t find wisdom asking, “In 5 years, what will I look back on this moment and remember.” You have no idea right now, that’s why you need to stop asking that—and start paying attention.

Try this for yourself: you’ll discover that walking through a beautiful garden while telling yourself, Okay, make sure to observe the all-encompassing beauty on a depressing loop will only ensure that you don’t capture anything.

No, you do not get to see the whole picture but only in the rearview mirror. You don’t get to drink the water in the river until it’s drowning you. And you can’t speed it up. You can’t change the current. But you can cooperate. You can get in the right lane and find yourself grateful just to be doggy-paddling into some semblance of the destiny you printed business cards about long before you were actually ready to “network” and “sell yourself.” You can’t sell what you don’t have, homie—calm it down.

And when you do doggy paddle and crawl, trembling with gratitude and the humility that’s eternally misunderstood as it’s happening around you but forever solidified once it gets to you, people will show up to say how proud they are of the changes they’ve seen in you that seemingly took place “all of a sudden.”

You’ll hear it often enough to even repeat it to others, too. I might do that, too. Because when you bump into me at a coffee shop or some bar and ask what I’ve been up to and I tell you I’m flying to Europe to preach at my first young adult conference, I won’t be able to tell you the whole story.

I’ll probably hear you say, “Wow, that’s awesome!” I’ll thank you earnestly, but inside I’ll be remember the 10 years from 14-24 where everything seemed to hit the fan just as I sat down to get some air. I’ll suppose that 10 years ultimately is about 15 minutes of the story I’ll tell in the future, so I won’t make a big deal of the caves in my heart where I’ve been hiding from all of you.

I won’t say anything about all that. I’ll probably smile, nod my head, and answer “How did that happen?” with “Oh, you know…it just happened…all of sudden.”

But those of who you are more mature and dense in your spirits than I am…you’ll know—Nothing happens “all of a sudden.” But if you pay attention and listen, you’ll see that there’s actually a lot happening.

There’s a lot of Good on the way.