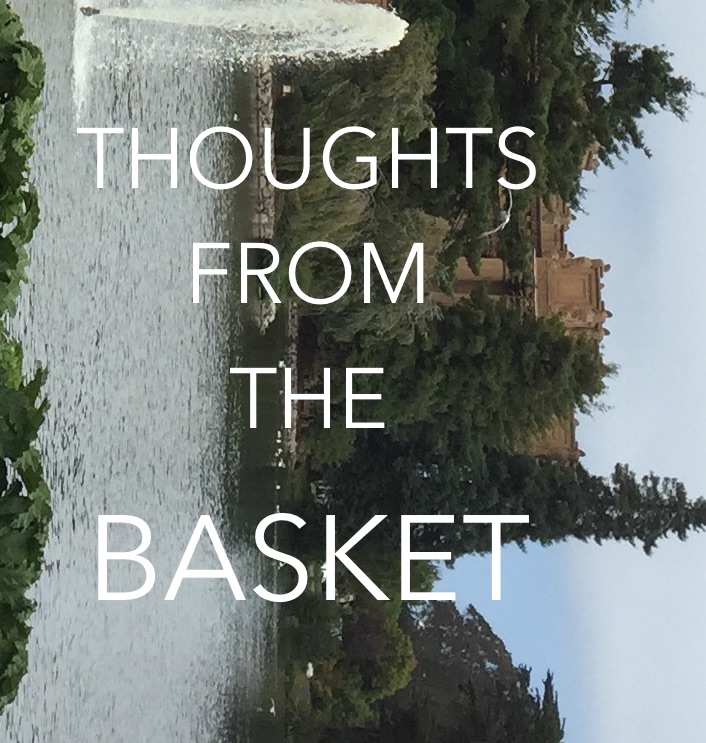 To Anita, My Sister

I’m not exaggerating when I tell you that I’ve held off on writing this letter for several years. Perhaps my subconscious kept it reserved for a milestone as special as your 30th birthday, or maybe I wasn’t a good enough writer to do it justice (and I’m not necessarily suggesting I currently am gifted enough). Regardless, what I’m about to tell you has been brewing in me for quite some time.

When I’m getting to know someone, a missionary with whom I’m sharing a drive through the African desert in 123 degree heat or some random buddy that wants to grab coffee, I say the same thing every time I’m asked about you: “Yes, I do have a sibling. I have one sister. She’s older than me and she did everything right. My whole life, my parents were constantly reacting to how perplexing and baffling they found me after my sister was so easy to raise. She was smart all through school, raised me and my parents in the ways of American life from the time she was in 2nd grade, earned her way into business school and married a great guy. She demolished the corporate world and moved on to challenges more important to her when she started having children.”

I say some semblance of that every time. I can say it while thinking of something else because I’ve said it so many times. It’s ironic that I’ve never said it to you—do you realize, during any of your best/worst moments, that you blazed a trail for our family when mom, dad, and me didn’t speak english or know what to do in so many challenges?

What started brewing in me several years ago was something I realized when reading Exodus. As I know you remember from our countless hours of Sunday school, the climate into which Moses was born was not ideal—babies were being murdered and Moses’ mom was terrified that her son would be next.

The parallel to the world you and I were born into is pretty easy to notice. Mom and Dad have told us the story several times—you were born and breastfed while Saddam’s bombs were going off around the country during the Iran-Iraq war. I was born just between two of our dear family friends being kidnapped and murdered for their Christian faith.

But we escaped together. And you played an instrumental role in getting our little immigrant family off the ground when we landed in the United States. You learned English first. You went to college first. You went to job interviews first. You figured everything out the hard way in a climate that was kind to neither immigrants nor women.

You handled the crocodiles and sharks with such ease that my existence served as a thoroughly confusing curveball for Mom and Dad. Anita was so easy, they often thought, why is Arvin struggling when it’s so much easier for him?

You’ll remember the Lemon tree in our first house in Tulsa, the one we grew up in together. Mom loved that Lemon Tree (I think she moved it to their new place). It was clearly outgrowing the space we had in that first house, but Mom was terrified of keeping it outside because of what might happen to it in Tulsa’s climate, often too cruel for her to control.

You were the first one to point out that I was that Lemon Tree—too big to hide but utterly terrifying to let go of.

Moses’ mom had a Lemon Tree of her own: “But when she could no longer hide him, she put the baby in the basket.”

Anita, check out verse 4: “The baby’s [older] sister then stood at a distance, watching to see what would happen to him.”

When he ends up at the palace, poised for a life of achievement and privilege, it’s his Older Sister that brings him home in verse 7: “Then the baby’s sister approached the princess. ‘Should I go and find one of the Hebrew women to nurse the baby for you?’

“…so the girl went and called the baby’s mother. ‘Take this baby and nurse him for me, and I will pay you for your help.’”

The audacity of this little girl to put her family and her little brother before herself with such bravery. She approaches the princess of the nation in which her family and her race are slaves and pitches an idea that boosts her family’s income for something the mother wished she’d get to do for free.

I know that when the world at large, all the congregants and conference attendees, the television audiences and readers of Dad’s work look at our family, they see a bold, bright Persian man who can film 40 episodes of preaching in 5 days. I know they value his messages and love having him around at their parties. I know they’re all looking at me to be like him—funny like him, anointed like him, whimsical like him.

But what utter nonsense would it be for us to forget that he was able to become the man he is because of the woman he married and the daughter who handled enough logistics to afford him the time to work on his personality like that? Can anyone become himself or herself without the team around him/her picking up the torches they simply can’t afford to keep lit?

Can any of my life’s accomplishments be totally attributed to me when it’s obvious the privileged environment in which I was raised was constructed by a family whose Oldest Daughter had the wherewithal to keep an eye on him and the bravery to confront royalty for his sake and the sake of their parents? You landed in a foreign country, learned the language, overcame sexist and racist attacks before doing so made one go viral. It was thankless, unacknowledged, and often went over our head as a family just how demanding of a situation you were put in—and you did it. You won.

I’d be a fool to separate my achievements from yours! I’d be a fool to ever discredit what a Woman can do when most of my self-esteem was put together in a room that could only be built because you were there to translate the English instructions into Farsi!

Where would Moses, the Israelites, and the Christian faith be if not for the bravery and audacity of this Older Sister?

And what would my life look like if I didn’t have an Older Sister to keep an eye on me, confront principalities and powers for me, and soothe the aches and pains I felt when I treated your advice as common? Thankfully, this is one mystery I’ll never find out.

You’re about to turn 30. You have a husband who adores you, 2 children who’ll never know what it’s like to go hungry or unloved, 2 parents whose success owes you more than we’ll probably ever find out, and a brother who hopes he can be a Man as well as you’ve been a Woman.

Until I find the right words to thank you adequately, I’ll just keep saying thank you.

The Baby in the Basket

Older
angry at the times
Newer
Thoughts TO the Basket