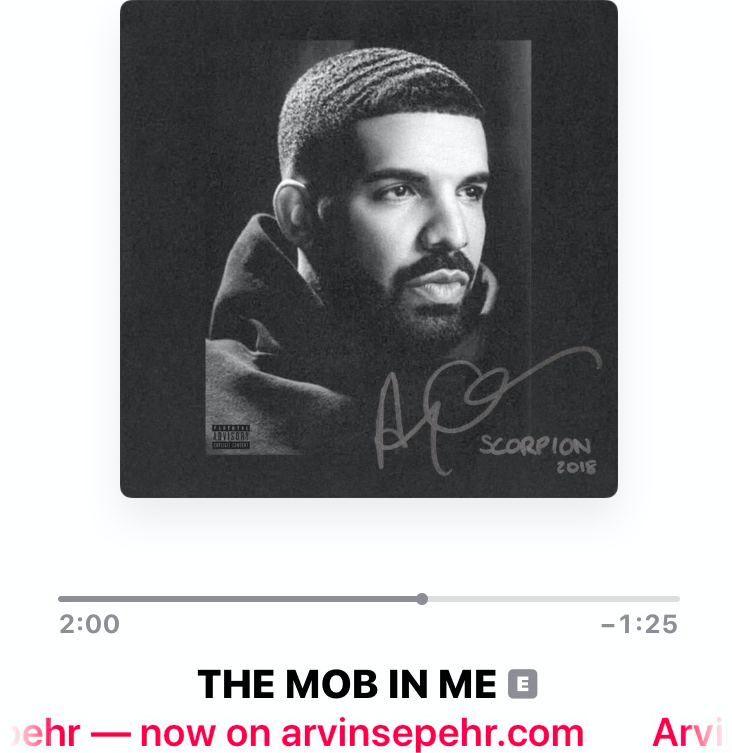 I like the way I grew up. I was handed dozens of cosmic questions with their answers already attached like training wheels. I was preaching about the answers before I even asked myself the questions. Everything fit into a nice box of either good or bad. But the God of 2018 has apparently deemed us worthy of looking back on golden eras with better glasses.

I’ve been eavesdropping on conversations and stories that have me thinking the good old days weren’t all that good. Lots of the gold was actually a rusted-yellow.

Despite the counterproductive nature of those training wheels, we can’t deny they got us here. Yes, regardless of the wear and tear of prior generations’ worldviews, I am grateful, truly, for all of it.

Had we lived during another era, perhaps that of Israel wandering in the wilderness, we may have felt then the way we feel now.

(A necessary and practical side-note—I’m referring to the state of our world. I’m talking about seeing the two opposing headlines on two opposing news networks on two TV’s next to each other as I run at the gym. About the two men I see on the two treadmills in front of me, one looking at his TV and scoffing at the other while the man next to him watches his TV and scoffs at the first guy. Both of them are convinced they’re right. Both of them swear God is on their side. Both of them are trying to outrun each other, and both of them are tired because neither of them is getting anywhere. They’ve been running in place for a very long time.)

Nevertheless, if my adolescent years occurred in the desert instead of our good ole’ Buckle of the Bible Belt, I might’ve thought the same things I think today.

Was it worth it, carrying all that heavy gold out of Egypt, if you were only going to melt it into an idol that’d keep you from your real reward?

This can get mighty self-righteous real quick, but like I said, I’m grateful for all of it. If the generations before us hadn’t idolized whatever they idolized, their sins might’ve become ours. Sadly, they still might.

If we don’t eavesdrop to hear of God’s issue with their Golden Calf, if we don’t memorize the look on their faces when the ground opens up and their heroes fall, we might not catch ourselves doing the same thing. Perhaps the heroes and golden calves we’re creating for ourselves now are next to be swallowed up while we’re too distracted clinging to how proud we are that we chose them and we crafted them and they are utterly ours.

I fear many of us are already in line to slide down hills that look awfully similar to the ones on which we’re watching our parent’s generation kill-and-be-killed.

God didn’t punish the Israelites because the Golden Calf wasn’t made well enough—he punished anything and everything that might convince these Israelites to stick around in the wilderness and not press on to the Promised Land.

Today’s climates aren’t God’s punishment on us for not forming our “Golden Calf” (our idols, or opinions, or whatever new set of training wheels you’ve been happy to attach to your thoughts) well enough, either. It’s not about how good your idols are or which TV your treadmill is facing. It’s not about how “yours” your training wheels are or how “yours” your worldview is. It’s about actually getting somewhere.

I appreciate the intentions behind the “it’s the journey, not the destination” sentiments—but I can’t look around at everything going on in our world today and be content with a God who sits back saying, “Yes, yes, it is about the journey. Who cares if the Promised Land even exists?!”

Before Israel was a massive mob of people, it was just one person. Jacob’s name didn’t become Israel until after a long night of wrestling with God.

If we keep that same mentality throughout Israel’s journey in the wilderness, we’ll be shocked by the mirror in front of us.

Imagine: all that outrage, idolatry, and desperation for God’s heart wrapped up in one single person. I hope you’ll remove your training wheels and instead attach those contradictions to yourself. I hope you’ll go through with it because there’s a destination on the other side of our idols.

Moses sent 12 spies into the Promised Land. Only 2 of them believed they could move forward and win. Everyone else formed a mob ready to stone Caleb and Joshua.

In times like ours, is it at all possible that you don’t know what I mean when I tell you that mob and those 2 spies exist in me simultaneously?

There’s a mob in me screaming to demolish and destroy those initially microscopic portions that suggest God’s destination and dream for my life are possible and inevitable if I’ll trust him.

On the other hand, those microscopic minorities have grown and will keep growing—through 2018 and 2020 and 2035—until it’s finally safe for everyone to enter the Promised Land without any more internal civil wars.

I’m convinced our destinations exist and coincide. I’m convinced this can happen for you and me—I’m convinced it is happening in 2018, but we can hardly see it one year at a time because it’s much larger than we know to expect.

In the end, only Joshua and Caleb made it to their destination.

And they didn’t have to fight the mob or outrun the other guy on the treadmill to do it.

Defeating the mob in me turns out to be as simple as that. Proclaim the truth even when they yell over you, show up and be faithful, and know that someday you’ll cross the finish line to your destination only to look around to realize the mob didn’t make it.

That’s right: you don’t defeat the mob, you outlive them.