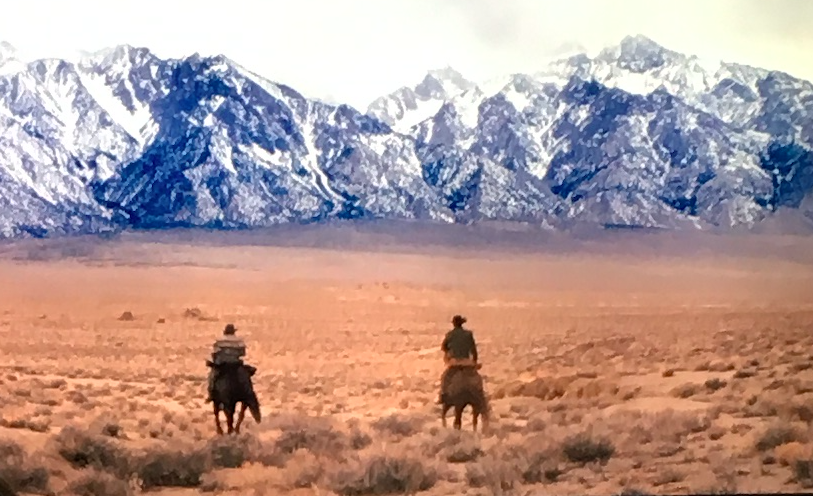 What my dear friend Sara didn’t know was that I’d been reading the first half of that chapter for several days in a row.

What do you think it felt like to be the last Israelite to exit the Red Sea? Just before the water-walls came down and destroyed the Oppressors?

How’d it feel to barely make it?

As anyone who’s been to church will tell you, we Christians love stories like the one about my birthday text. We call it “confirmation” when the same scripture shows up in several different, non-coincidental places.

But what do you do with “When you go through deep waters…”?

I mean, who cares what comes after the comma? It’s a promise that deep waters are coming.

I decided not to help it happen. I’d tried to predict hindsight before and wasn’t about to do it again.

You know what I mean. You notice a few patterns and start assuming you know exactly what God is doing. Perhaps you’re like me in that you even considered certain initial events to be the voice of God. Oh, surely that’s what God is about to do. You proclaim what you’ll do with the forthcoming 5 talents, but then you’re given 1.

There’s a word for that, and it’s not faith. It’s mistake.

This may just be my solipsistic projection onto the Israelites, but I’m convinced they had in themselves the same human urges we have today.

I consider it fair to assume they had their own tiered-class-system. The people at the front of the line, those at the end, and all the whoevers inbetween. Clamoring and climbing for position and proximity. I’m most closely following Moses and I’m most assuredly better than everyone behind me.

If they’re willing to complain against God and Moses, surely they’re willing argue and compete with one another—especially when the Egyptian army is fiercely approaching. Moses has to tell them to be still. Do you say that to someone who’s already standing still?

We have here a large group of people whose ribs are bruised from the elblows (blows from elbows). These are people who fight for what doesn’t matter (God got them all out safely, not just the ones who got across first) and they don’t fight for what does matter (when God shows up to meet them, they ask Moses to take notes so they can sleep in).

“When you go through deep waters, I will be with you.”

As it turns out, what comes after that comma does matter:

It matters when you’ve heard the worst news you can imagine about a loved one’s situation you can’t control.

It matters when you’re rejected with dismissals like, “I can’t date you because you’re too patient with me.”

It matters when you decide your attitude after you’ve been handed 1 talent even though you already told everyone what’d you’d do with the 5.

It matters when even the whoevers get together to decide you’ll be the last in line because you’re most dispensable.

It matters that the second part is God saying, “I will be with you.”

How’d that guy get all the way to the back of the line. Was he the weakest, thrown back by everyone else?

Or did he simply stop clamoring, climbing, and competing?

Maybe Isaiah could write “When you go through deep waters, I will be with you” because he considered the story where the last man (or woman) to leave the Red Sea was given a front row seat to God destroying all those who’d oppressed him before.

As it turns out, the last became first.

Who had a better view than that dude?

Whose heart was beating the hardest?

Who knew God was with him the most?

They all lived through it, but who felt more alive?

My dear friend Nicole, who has no idea what Sara texted me a year ago, or what verse I’d read every day that year, gives me a photo album with a verse on the front.

“When you go through deep waters, I will be with you.”

A not-so-subtle nod; a front row seat to God’s faithfulness interrupting mine.

Just before the Israelites enter the Promised Land, they go through more water. This time it’s the Jordan River. And this time, several people get in first, before the water even stops. They stay in the riverbed the whole time, totally certain they’re safe.

How do they know?

Perhaps their ancestors told them the story of the day they climbed and clamored and competed to get across the Red Sea first…when they turned around and watched the last guy mosey across just as God destroyed what’d oppressed them before.

Maybe they’d been told that competing and fighting for position and proximity actually ensure you’ll end up last…with the worst view for seeing how God shows himself faithful.

And maybe it’s worth it to let go of what doesn’t matter and fight for what does.

Older
Embarrassed & Encouraged
Newer
I FORGOT HOW TO RUSH