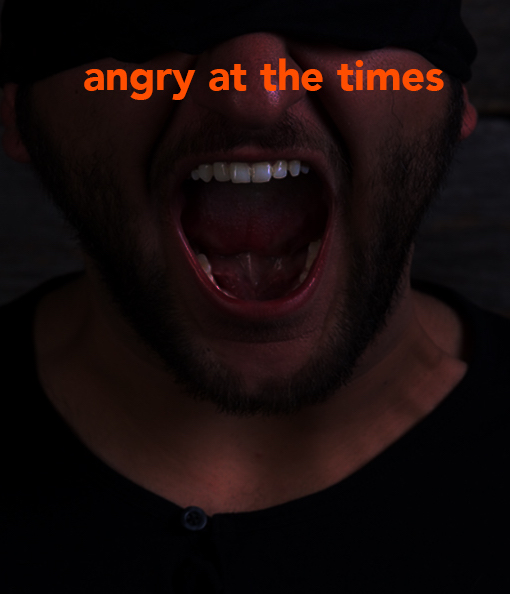 “Go ahead and pull around, baby. I’ll give you your usual order. It’s free tonight. You come here often enough.”

Overfamiliarity with scripture can be harmful. Feeling like we have a general idea of the high/lowlights of Biblical legends robs me of the understanding that can actually bring change in my life.

And when I run into inevitable seasons of what is going on? The blame falls on me in that vile method that ensures I’ll numb myself with clinging to artificial intimacy.

The Bible’s a long book already, but I’d like a version where the length of the story is proportional to the amount of time discussed. Exodus does a decent job of this, describing the 40 years the Israelites spend in the desert. But what if Exodus took 40 years to read? That’s the version I’d like to see.

Take David. You think of Goliath and Bathsheba, but do you realize the amount of years that fit between those two names?

David is seemingly anointed way too soon. It’s almost cruel the way Samuel pours out oil, talks mad game, and walks away. I picture David watching him leave until the smell of sheep dung snaps him back.

That’s what a lot of this feels like, right?

You’ve got a dream or ________ you’re looking forward to, but you’ve made the unpunctual mistake of entrusting it to a God whose timing remains exponentially comical.

Oh yeah, Saul gave chase to David and it took a while before he actually became King.

But it’s worse than that. Worse enough, in fact, that David’s journey starts to look a lot more like the one I’m seeing in the lives of friends, acquaintances, and mirrors. It’s exhausting enough to make a person angry.

David goes from tending sheep to killing a giant to playing music and serving in Saul’s army. It looks like quite the climb. But the most overlooked portion of this is what happens when David is finding it difficult enough just to survive.

He’s climbed the ladder only to have it now collapse on him until finally, in 1 Samuel 27, he toes the line between giving up and barely surviving for 16 months. I need the version of the Bible that makes me read the same monotonous sentence over and over for 16 months just to see what happens next.

Or it forces you to keep going to the same redundant not-your-dream job every morning for 16 months.

Or it makes you sit lonely and frustrated on your couch as you’re simultaneously furious at God for withholding his promise of a spouse and humiliated at the notion that you feel so desperate and can’t tell anyone for fear you’ll be mocked and misunderstood.

Or, okay, you get it—you’re on your way to the life you were born to live but it doesn’t feel like it at all. It feels like you’re barely surviving.

That’s where David goes for 16 months. The frustration and angst makes one angry.

“David kept thinking to himself, ‘Someday Saul is going to get me. The best thing I can do is escape to the Philistines.’”

The Philistines. As in, the people David defeated when he killed Goliath. Can you imagine the humiliation?

Perhaps you can’t, but you can imagine talking a big game but then having to wait tables or file paperwork, hoping familiar faces won’t come in.

What about becoming King?!

David becomes angry. We know this because he goes on rage after rage, killing people in various villages and not sparing a single life—for 16 months.

Oh, that we could be unfamiliar enough with the rest of the story to experience even the slightest hint of hopelessness and utter embarrassment he must’ve felt. Night after graceless night, raging at the world around him, angry at the times he’s living in.

Now, your anger probably doesn’t express itself in murderous conquests. But you probably know what I’m talking about when I tell you I killed a tub of ice cream last night, or found the drive-thru lady recognizing my voice at jack in the box at 3 am because of how often I’d go on calorie-raids.

How many of your addictions and numbing agents are tied to the anger you feel with the way things appear now as they’re compared with what you dreamed and were taught to trust God for?

Yeah, you’ve had your raids as well.

Why does God do this?

It’s too easy an answer. You already know what I could be writing here instead of this sentence (Oh, he prepares us for our destiny and yes yes yes, sure).

But where’s the version of the Bible where you don’t get to read the next chapter for another 16 months? Where you have to live in that humiliation? Where you’re angry at the times you’re living in because you’re eager for the times for which you’ve been called?

Of course, you and I already have that version of the Bible—

we’re living in it.

And since that is the case, perhaps we should pause and look at this anger and rage. Perhaps, like every other miracle God provides, your anger is your destiny in disguise.

Perhaps, for those like me who are underwhelmed by their overfamiliarity with scripture, anger is the last emotion God can use to speak to us, to penetrate our eye-rolls and self-sabotage, and actually reach our heart.

Older
Culture of Cling, Part 3
Newer
Thoughts from the Basket