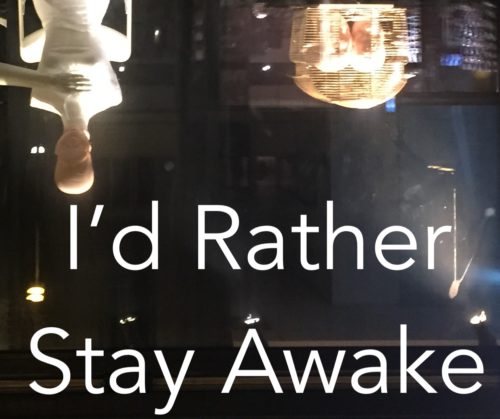 I met Jesus, Santa, and Uncle Sam around the same time.

If you walked into a coffee shop and saw me with two other people, you might associate us with one another. If you shook all 3 of our hands and heard our names back-to-back-to-back as we shared coffee at the same table, you’d might think we were there together.

The danger with this is that when you see the 2 people I was with in an alley stomping a homeless man to death, you’d have reason to associate me with that behavior as well.

That’s what I think has happened to Jesus. And while I don’t think you’re walking around believing in Santa Clause, I’m shocked and saddened by how often Uncle Sam appropriates Jesus’ mission by pretending to be a part of it.

Imagine I did believe in Santa. I get married, have kids, and introduce them to the story of a man who flies around the world in one night, delivering presents to good boys and girls.

But if I actually believe in Santa, I won’t bother to go out and buy them gifts because I’m convinced Santa will show up in the middle of the night and bring us all gifts.

It’d make for one sad morning as we wake up to lukewarm milk and an empty tree. My reputation would be tarnished as my children wake up to utter disappointment.

That’s precisely what waking up from the American Dream has felt like.

Imagine I did believe in the American Dream. I get married, have kids, and introduce them to the same work dynamic the Industrial Revolution decided was efficient enough for the 1900s. I tell them to serve God and attend church since this is a Christian nation.

Imagine their terror when they wake up to realize the systems they’ve been asked to support are as lukewarm and empty as the Christmas morning their father’s beliefs created for them.

Won’t they associate their father with the behavior of their Uncle Sam, who means well and helps certain people, but has also been known to stomp helpless people in back alleys?

What should I do when my kids realize their Uncle Sam’s Christian-facade is as legitimate as Santa Clause?

“It’s a simple cycle,” Uncle Sam might tell my son.

“These black men sell drugs that compete with the opioids I’ve given myself permission to sell. By putting them in jail for a very long time, I get my competition off the streets.

Meanwhile, my buddies who own private prisons benefit from partnerships with my other buddies who run large corporations. Since we pad their jail sentences to be longer, we pretend to help them decrease the length of their sentences by giving them jobs we use to replace thousands of well-paying American jobs for pennies on the dollar!

Rather than making this about politics, I have reason to suggest that before you replace Santa with Uncle Sam, you consider the questions your children will have to ask when they see their parents’ Jesus standing silent and complicit in the back alleys where Uncle Sam stomps out his competition before labelling them criminals.

They might stop believing in them both just to make sense of it all.

Chances are many of them already have.

I like Santa and appreciate the fun provided by the narrative, but I’m not expecting an old white man to show up with gifts based on my behavior throughout the year. If I did, my family would suffer.

With Uncle Sam, I’m grateful to have grown up in this country after we escaped the certain death awaiting my dad in Iran. I appreciate the narrative of the American Dream, but I don’t believe in that anymore either. Once again, I’m not expecting old white men to make my life better. If I do, my family and friends will suffer.

When it comes to the American Dream, I’d rather stay awake. I think that between Santa, Uncle Sam, and Jesus, only one of them actually has gifts to be delivered to the world, and someone needs to wrap them. Why not me?

Older
Turned Down to Turn Out
Newer
Hot Dog Doug