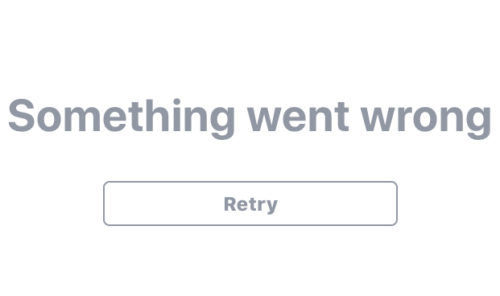 I’ll never forget Tyson’s response because I can’t afford to.

“Everybody has a plan until they get punched in the mouth.”

I have a bunch of plans, but you can help me out by filling this gap with your version of what you think God wants to see happen in your life.

Go back a ways and recall the black-and-white portraits of the early 20th century.

Imagine using one of those cameras today. The quality is undeniably worse than the camera on your phone.

The difference between your camera today and their cameras then—that is the discrepancy I’m talking about when it comes to God’s plans.

I’m trying to use 2018-Arvin’s perspective and experiences to interpret and predict and understand 2045-God-in-Arvin’s life. It’s irresponsible. It’s bound for failure. And worst of all, it tempts our idolatrous hearts well enough that we may actually miss our purpose.

We idolize our dreams so much, we risk never realizing them. If we’re not careful, we might re-enact the tale of the idiot who spent so much time taking pictures of his food that he starved to death.

How does God prevent this?

How does God shrink the chasm between your understanding of his plan and his actual plan?

Something goes wrong—and he lets it.

In fact, at times, it looks like what’s gone wrong was actually his plan going right. That’s something people clap for when I preach it, but I’m talking about devastating pain. I’m talking about being blindsided so badly, you have to pause and think, Okay, God—what’d I do to upset you? Surely, you’re angry with me.

The whole camera metaphor breaks down if you go back far enough.

The idea is that primitive cameras wouldn’t do as good a job as modern technology.

But go back far enough and you’ll arrive at when people would sit for portraits painted by artists.

See, here’s the thing about famous paintings, we value them based on the artist, not the person being painted.

I could paint a portrait of the world’s most beautiful, important, incredible person, and you’d say, “That’s cool, Arv.”

You wouldn’t lose your mind over it. Galleries wouldn’t beg to put it on display. It wouldn’t break any auction records at Sotheby’s.

I could argue, “But this is a painting of the most talented, most gifted, most incredible person on earth! How come no one wants to buy it?!”

I don’t know which version of the story about Mona Lisa is true—was she a real person? was Da Vinci painting a female version of himself? Was she kind? Talented? Gifted? Funny? Could she preach well? Did she please her parents the way she’d wanted to? How well did she achieve her dreams?

I never hear those questions. All I hear about that painting is that it’s priceless because of the guy who painted it.

That’s right, a painting of the most obscure figure is priceless all of a sudden because of the artist who painted it—not who he painted.

You’re wasting your time agonizing over becoming the type of person whose portrait is priceless—perhaps you should pay more attention to the artist to whom you hand the brush.

And yes, they will be more expensive than your 19th-century camera-having-mind ever could’ve guessed.

En route to your destiny, you must meet your Mike Tyson.

You will face attacks on your reputation.

You will honor authorities in public when you’ve wept over their sins in private. You will encourage your shallow, short-sighted friend while he/she ignores your deep wounds.

You will lift your hands and worship God when you want to grab the rifle they left in their guest bedroom and end it all.

You will be informed of devastating news between sessions you’re preaching at—with the perpetrators sitting in the audience clapping for your sermons.

You will realize some of your fears.

You will get punched in the mouth.

Something will go wrong, friend. But your only job is to remain still—let the artist paint his painting. You can’t rush a masterpiece.